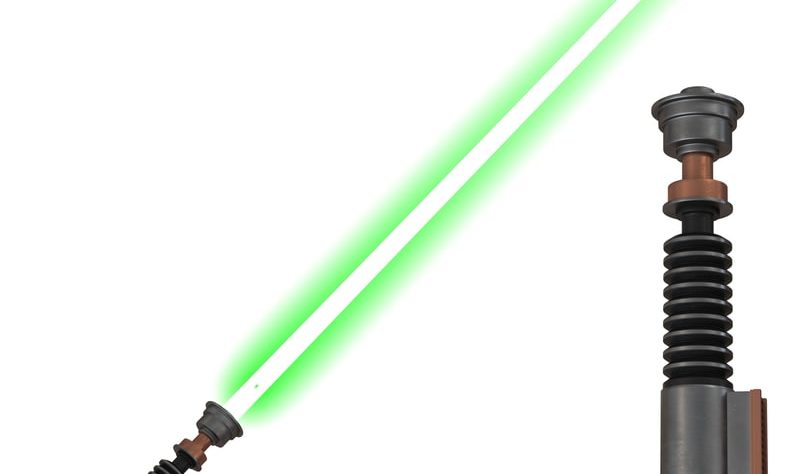 Let’s face it: the Luke Skywalker lightsaber is more than just an icon. It’s an ambassador of the entire Star Wars story and will continue to fan the fires of imagination for many generations to come. As the face of an entire big-screen blockbuster series, you’d think more would be known about the illustrative green blade that’s captured the hearts of millions of fans across the country. However, there’s a large gap between Episode I and II’s blue blade and the green saber that Luke wields in Episode III. There has to be more to the story, right? What really happened after Luke lost his father’s lightsaber on Bespin?

Once Luke Skywalker lost both his saber and his hand to Darth Vader in their explosive first-ever duel, he was left without a Jedi weapon for the first time since his awakening. With his mentor Ben Kenobi gone, it was up to him and him alone to discover the mysticism of lightsaber construction. This means that Luke’s work was simpler and not as intricate as the products of saber builders that came before. Using schematics found in Kenobi’s hut on Tatooine, Luke combined his mentor’s blueprints with a plethora of materials sourced from the markets of the infamous Mos Eisley, resulting in the bare necessities of saber construction. However, one crucial element was still missing: the lightsaber crystal.

Most lightsabers, including Luke’s previously owned blade, contain three lightsaber crystals in order to promote balance in Jedi fighting styles and stances. After the Emperor’s rise to power in the previous years, most information related to the Jedi order was burned or banned, including the mysterious lightsaber crystals. Luke needed to resort to a different method, one that would stretch him to his limits.

Synthetic lightsaber crystals are the result of baking common minerals containing high carbon ratios. Pressed for days or weeks at a time, they will eventually harden into strong, conical crystals. Using only The Force and his mentor’s small blast furnace, Luke successfully created a single green crystal, resulting in a saber more powerful than even his father’s Jedi blade. According to legend, the color of the blade was chosen in memory of the fallen Ben Kenobi, a man that Luke admired greatly for his wisdom and skill.

After years of toil, uncertainty, and hardship, the iconic Luke Skywalker lightsaber was born.