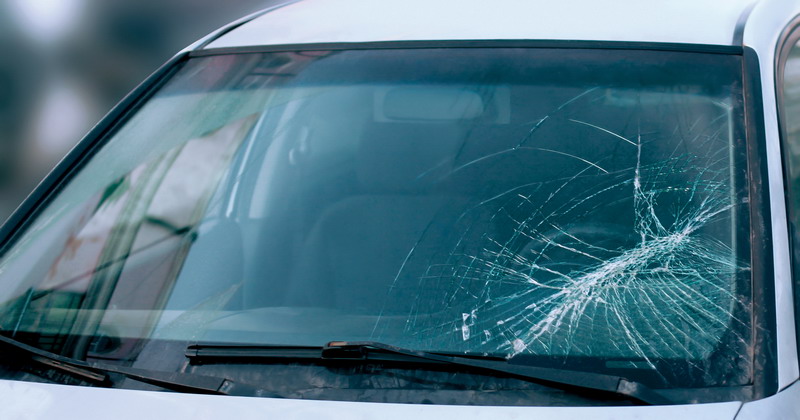 You’re driving down the freeway when you notice an object flying toward your car. Suddenly you realize it is a metal beam that fell off the back of a truck. You have just seconds to react to what is an obvious life-and-death situation. What do you do?

The described scenario is the stuff driving nightmares are made of. But it is also a scenario recently experienced by a Utah woman driving on Interstate 15 near Ogden. Her split-second decision to move her car to the left likely saved her life, as the beam crashed through the passenger side of the windshield.

It Happened in Slow Motion

Following the accident, the driver described it as happening in slow motion. She said she saw the beam coming at her car lengthwise and immediately thought she was about to die. Her only goal then was to keep her car under control and get it as far to the left as possible without driving off the road. Within seconds of first seeing the beam, it came crashing through the windshield.

Amazingly, the driver didn’t suffer any physical injuries. She is still emotionally traumatized, though. She said she is scared to death to drive and doesn’t know when she will have the confidence to get back in the car again.

As for the truck that was hauling the beam, police eventually caught up with it. The driver was ticketed for failing to properly secure his load. He got off lightly, considering what he could have been facing had the accident resulted in serious injury or death.

Everyone involved in this accident is thankful that the driver of the car walked away unharmed. And still, every one of these accidents is a reminder of how important cargo control is. Drivers have a legal responsibility in every state to make sure any and all cargo is properly restrained throughout the entire course of their journeys. And this doesn’t just apply to 18-wheelers. It applies to all vehicles carrying cargo that could potentially fall onto the roadway.

Without details from the police report, it’s impossible to know exactly what happened in this case. However, video from the accident suggest that the beam was a steel construction beam in the neighborhood of 10 to 12 feet long. These kinds of beams are usually secured with either chains or webbing straps.

Mytee Products, an Ohio company that provides cargo control supplies to truck drivers, says that federal law requires drivers to use a certain number of tie-downs depending on the size and weight of their loads. They say that loads of steel beams need to be prevented from moving both laterally and horizontally.

Take the Time to Do It Right

Mytee Products encourages truck drivers to take the time to do things right. If there is ever any question about what is required, drivers can get a copy of the FMCSA’s driver handbook that clearly lays out the requirements for safe and proper cargo control. The handbook even includes diagrams showing how cargo control equipment should be deployed.

It only takes one small mistake to create a potentially dangerous situation. And while there’s no such thing as a 100% foolproof solution, taking the time to do things right greatly reduces the chances of cargo breaking loose and falling from a trailer.

Thankfully, the woman in the Utah accident walked away unscathed. The same cannot be said for her heavily damaged car. The fact that she did not panic allowed her to make a split-second decision that likely saved her life.