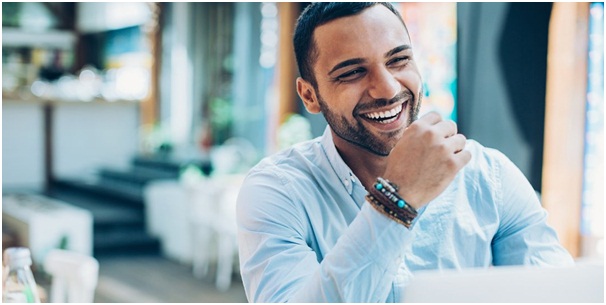 When a person wins a jackpot, and if he or she doesn’t choose to be anonymous, the media completely focuses on them. They dig everything about the person’s life – not only their past and current but also try to keep track of their future too. For lottery winners who fail to plan their spending wisely, the journey after landing up with vast amounts of money is not so positive. They end up from riches to rags in a few years and all the more battle different sorts of addictions, eventually fading into obscurity.

The same, however, doesn’t hold for wise people like Jason Rinaldi, who is one of the biggest single lottery winners in Canadian history. He earned a fortune of nearly INR 245 crores tax-free in Lotto 6/49 jackpot in October 2008. He was 28-year old back then and was running a small business.

As we know, people love to play lotteries, and with the advent of online portals, the popularity of lotteries is further increasing. Playing online is very convenient and safe too as there is no chance of ticket getting damaged or lost. Moreover, no geographical limitations work on online platforms, and one can access all the major international lotteries across the globe on platforms like Lottoland.

As the news of Rinaldi’s fortune started spreading, he started getting emails of people who wanted him to help them financially. They started stalking him both at his workplace and condo, and thus, he decided to move away from there for his safety. He went to his family in Whitby, where his father Frank was his most trusted advisor. A few days later, he bought a house there, and today it is turned into a 7800-square-foot immaculately landscaped home in rural Durham Region.

He is one of the few lottery winners who didn’t do anything crazy but instead invested his fortune intelligently. It started growing further, and today he keeps donating for charities besides leading a good life himself.

Rinaldi was playing lotteries for almost a month and was spending approximately INR 1400 on it weekly. The day he bought the winning ticket he decided that it would be his last lottery ticket, but luck favoured him on that last ticket. He defied the odds of 13,983,816 to one to win the jackpot.

The money markets had crashed in 2008, and that gave Rinaldi a fantastic opportunity to invest in markets. Taking the advice of financial advisers, he made some significant investments in relatively low-risk instruments like government bonds. As per him, the only highest risk investment he made was in real estate.

The way he dealt with his money helped him grow it further. Today, he is known to donate for good causes, the latest donation being to Ryerson University’s Rams Care camp program. He gave a sum of INR 3.47 crore, and the money will be utilised to fund the education of children from deprived neighbourhoods. They will also get mentoring from sports people.

Rinaldi is a happy and content man ten years after he won the jackpot money. He managed to create a good life for himself and his family. He is also doing his bit for society and trying to bring smiles on the faces of others. His advice to all those who gain big is not to flaunt their wealth. He practices what he preaches. “No one likes a douche bag,” he laughs. “Just try to be kind, that’s all now. I think that should be everyone’s motto.”