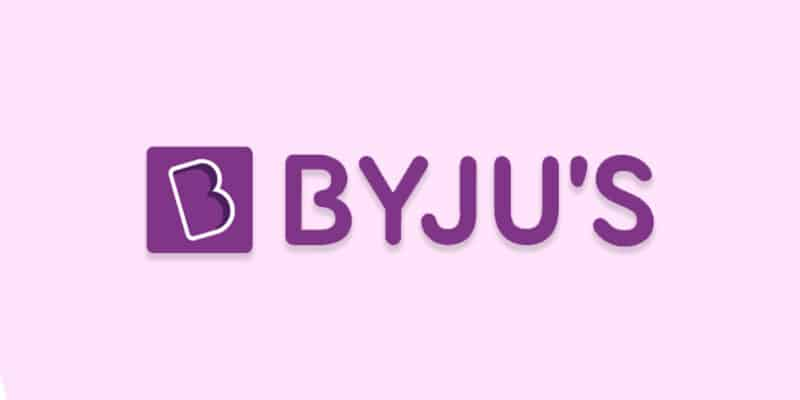 BYJU’S – The Learning App is India’s biggest ed-tech company that offers the best online learning resources for K3, K12 and other competitive exams. BYJU’S is propelled by the vision of making a learning experience for students that incorporates the most elite educators and evaluations that are remarkably custom-made for each student.

Being the pioneer of quality online education, BYJU’S offers the most comprehensive instruction methodologies by teachers using interactive sessions and video tutorials for students. Students who wish to enjoy learning in an entertaining manner can simply enrol for BYJU’S app free class to feel the difference,

How the BYJU’S App came into being?

Byju Raveendran, the founder of BYJU’S – The Learning App is an engineer by profession who appeared for the CAT exam during one of his professional breaks. He attempted the exam without any preparation and scored an astounding 100 percentile in the exam. Amazed by his performance, he retook the test and once again scored a 100 percentile in it.

After witnessing his brilliance and splendid performance, his companions suggested him to educate and mentor them in preparing for the CAT exam. In no time, Byju developed a liking for conducting coaching classes and workshops for thousands of students. This prompted him to take up teaching as a full-time profession and he decided to impart coaching to students thereby teaching them the tips and tricks of taking up the exams confidently. He received a massive response for his teaching technique, which is “the way of how to anticipate questions and learn in the process.”

In due course of time, Byju realised that in order to influence effective learning among students, he needs to make them fall in love with learning initially. For his amazing mission to convert into reality, he understood he would need to begin early so that students have a solid hold on a subject from an initial stage. In light of this, Byju Raveendran started Think and Learn Pvt. Ltd., zeroing in essentially on the BYJU’S K-12 section in the year 2011 that was trailed by its lead flagship product BYJU’S – The Learning App that was launched in 2015.

Byju understood the deficiencies of traditional conventional classes where students were deprived of the opportunities to clarify their doubts during the classroom sessions. This type of memory-based learning would only promote mugging up of lessons by students without any proper understanding of concepts. He realised that the traditional method of instruction only trains students to solve questions without understanding and not ask related questions based on a certain topic. This implied that most students suffered from the fear of exams more than realising their love and interest for learning.

How BYJU’S Provides a Competitive Advantage?

Having understood the plight of students who are overburdened with the traditional teaching methods, Byju began developing learning methodologies and systems to make learning interesting and enjoyable for them. He imparted lessons to students with the intent of making learning more alluring and personalised for them. He used technology and optimised innovative methods to create a personalised learning experience for every student through the digital app.

BYJU’S – The Learning App integrates technology in education and allows students to interact with the best online teachers who offer personalised learning experience to them. Learning through the app helps them to become tech-savvy and improves their cognizance and retention of concepts too. It is easy for them to visualise difficult concepts and retain those in their minds for a longer duration.

Personalised feedback and assessments are the key criteria based on which students’ performances are being evaluated. The BYJU’S learning program is comprehensive in nature and based on each child’s competency levels and capabilities, that helps them to learn at their own speed and style. Students can access BYJU’S app free classes by accessing the website and feel the difference by themselves. For any additional queries or BYJU’S complaints, you can contact or reach out to our Support Center to address your concerns.

Given the current uber-competitive era, BYJU’S is India’s most preferred education platform of supplementary education as many students and parents are choosing it as a medium of effective learning. There are no second thoughts that BYJU’S is a great product that has revolutionised the way students learn and is also making them fall in love with the learning process.

Besides, you can share all your queries, feedback, concerns or BYJU’S complaints with respect to the learning programs at BYJU’S official support page. There is a dedicated team of Academic Counsellors who normally resolve and address customer queries and grievances within a span of 24 hours.